I thought it would be interesting to compare today's real estate boom to the one Sarasota (as well as the rest of the country) experienced from 2003 to 2005. The real estate news has been pretty good lately. The number of sales are up, prices are up, the number of distressed sales are down and negative equity is down. The only wrinkle it seems is that mortgage rates have recently hit a 2015 high.

Below is a quarterly chart of homes and condos for sale in Sarasota county for the last 14 years. 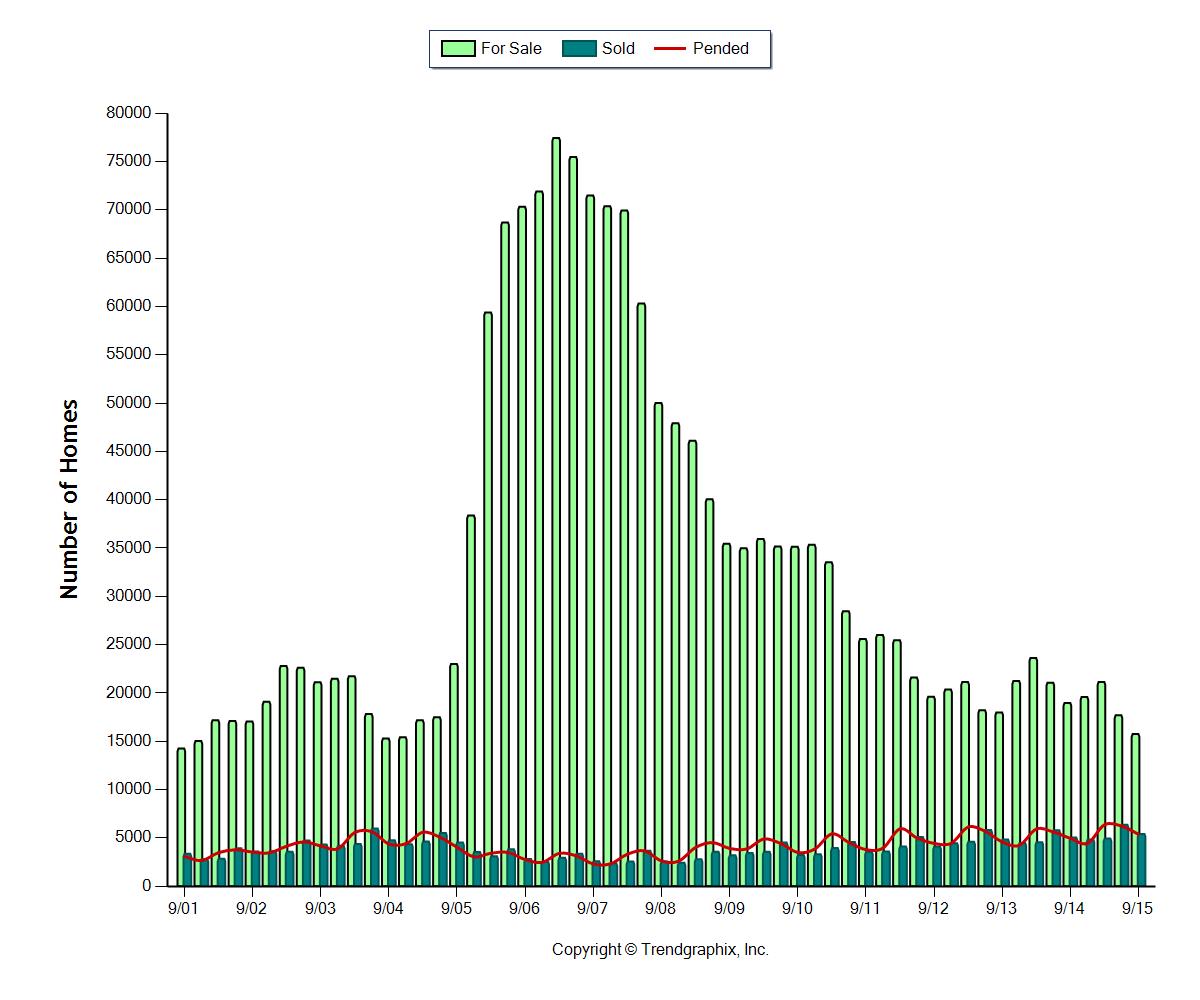 Take a look above at what happened at the end 2004 to the summer of 2005. Sales were great and inventories were insanely low. Then look what happened over the next 2 years as the inventory of homes and condos for sale went from under 4,000 to over 13,000. This was the start of the bursting real estate bubble.

Below is the raw data comparing May 2015 and May 2005. As you can see, the inventory of homes and condos for sale are virtually the same. Property sales and pending sales for 2015 are substantially higher than those of 2005. The months of inventory based on closed and pending sales are lower this year than ten years ago. It appears that the current Sarasota real estate market is just as much, if not more, of a sellers market than that of the craziness of 2005. 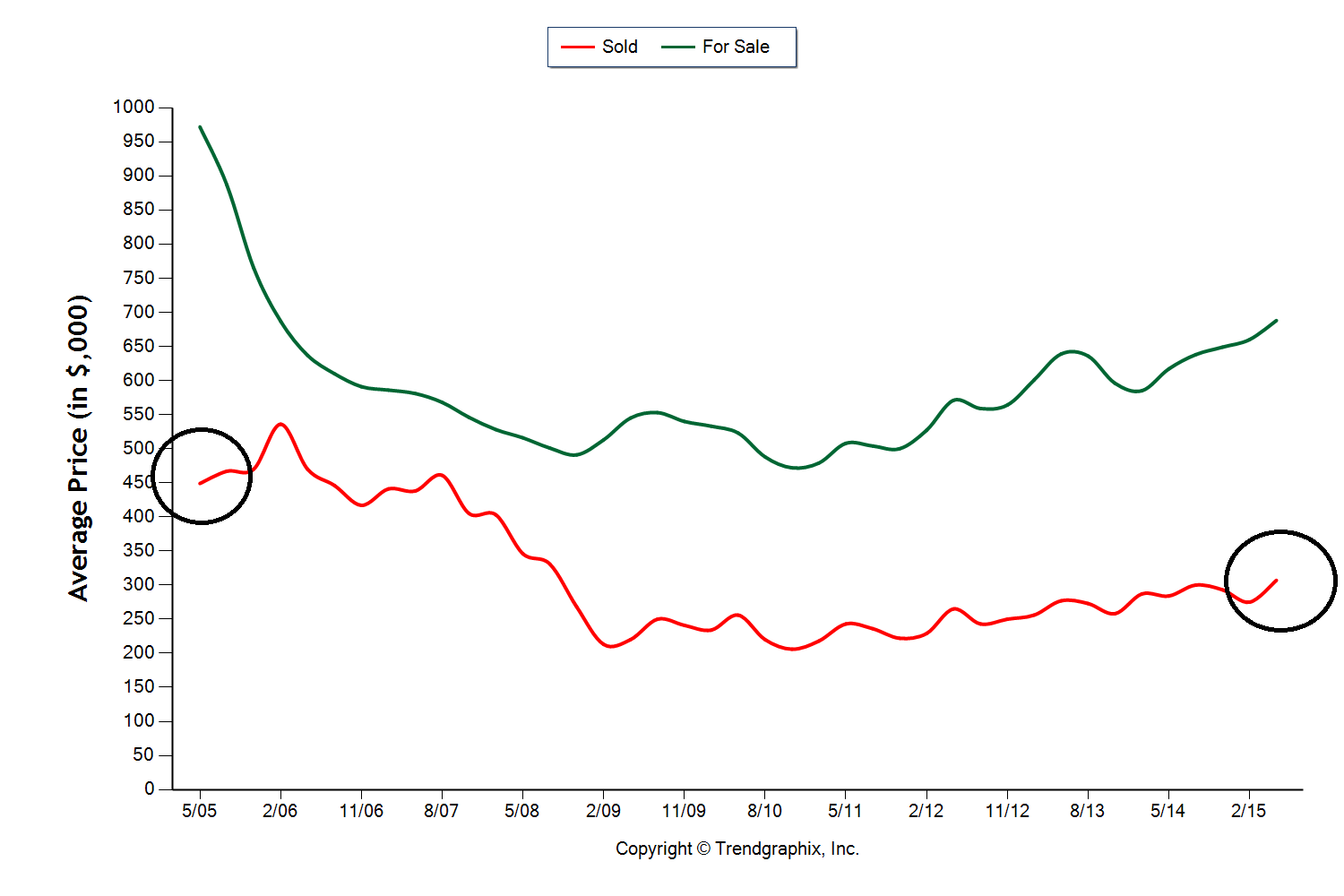 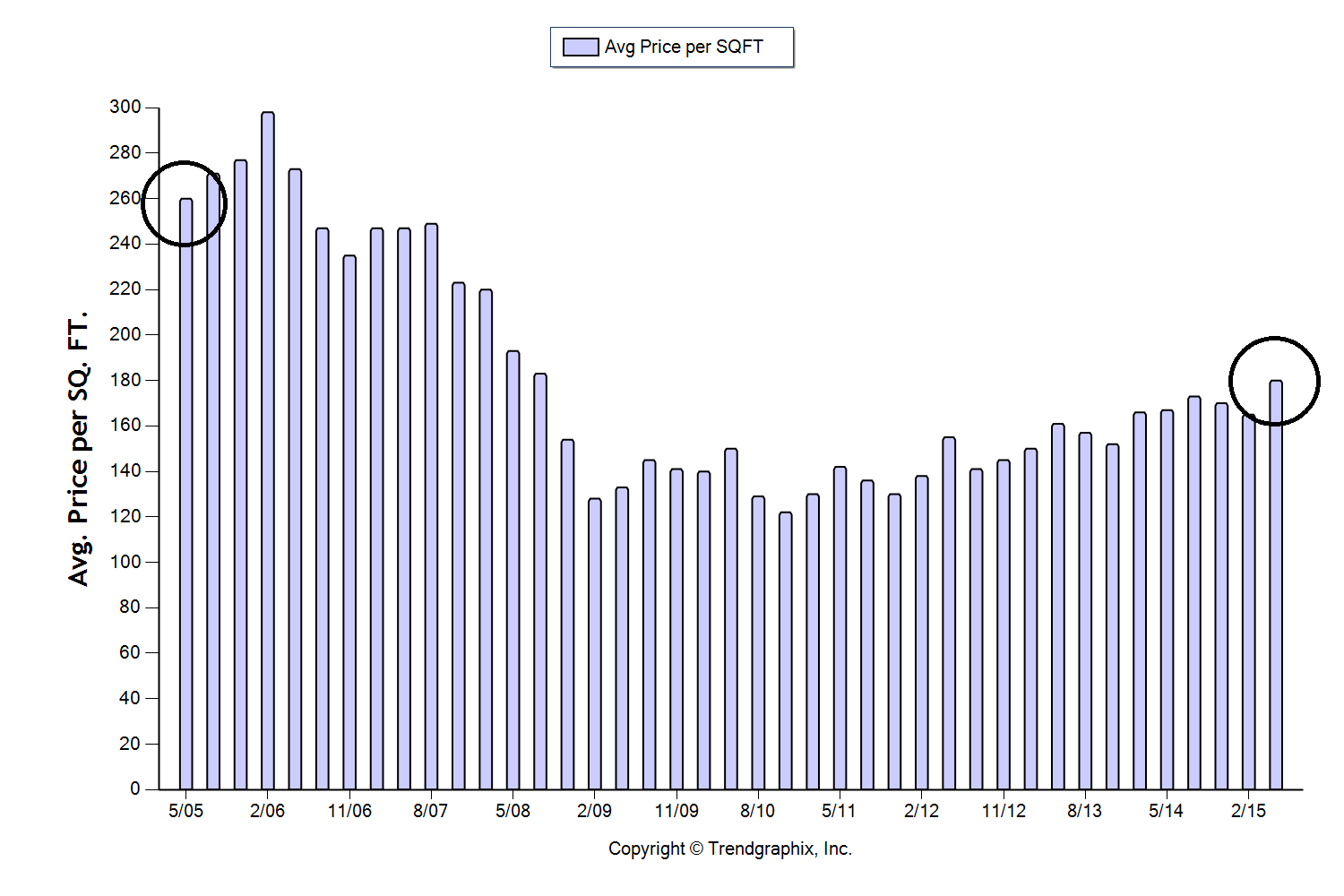 The market is very hot in terms of unit sales and lack of inventory but doesn't appear to be overheated in terms of price. I think another major difference between the two markets is the amount of cash transactions. Many of the properties bought from 2003 to 2005 were highly leveraged thus making it easy for a buyer to simply walk away from a property. We won't have this same problem since so many properties were purchased with cash.

One possibility is that all of the institutional investors who purchased homes in Sarasota might start taking profits and unloading their inventory. Of course, they would be stupid to flood the market and do it all at once. This article by the Sarasota Herald Tribune talks about how one of the largest real estate investors in the nation has started unloading their Southwest Florida inventory.

As long as they trickle out the inventory it appears that the market can absorb them without too much downward pressure on price.

Personally, I don't think we need to fear another bubble right now. Of course, that could change quickly if mortgage rates continue to rise and institutional investors start flooding the market with their inventory of homes.

We will continue to monitor the Sarasota market and update you here monthly.

What is your take on the fact 60% of the homes sold in Sarasota county this year have been all cash deals. Regular buyers getting regular financing is at only 40 % of the market

I agree with you and I do not see a real bubble right now. Prices are still well below 2006/07 levels.

What I see though is a lack of inventory. That may be linked to the fact that new construction halted for almost five years and did not rebound strong enough.

What gives buyers the impression that the market is overheated is that when properties are nice and priced right, they sell very quickly.

We shall see what happens in the coming months.

I have not heard a lot of chatter about buying a home to "Flip it". We certainly did hear that from some most unlikely folks back in 2005.

Kathryn "Rockstar Realtor" Cooper - Great observation. I agree with you. Another reason why I believe we are not in a bubble.