Sarasota Ranked 2nd in Nation for Best Place to Retire 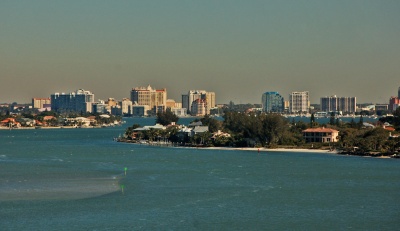 Over the years, Sarasota has earned a number of awards and accolades as well as secure a spot in a variety of "Top 10 Best" lists. Back in 2012, Livability.com named Sarasota the number 1 best spring break destinations for families but most recently Livability.com ranked Sarasota second in the nation for best place to retire. Santa Barbara, California took the number one spot, but out of the 2,000 cities around the country considered for this list Sarasota came in 2nd and no other location in Florida made the cut.

It should come as no surprise that Sarasota would appear at the top the best place to retire list. The article specifically states they ranked Sarasota as high as they did on this list, not just because of the large 60+ population but, because of the areas access to affordable and quality health care, favorable warm weather plus air quality, low crime rates, cost of living, plethora of events, activities and golf, and of course the area's world renowned beaches.

Here is the full list showcasing the 10 cities that made the cut:

Contact Us
Questions? We're Here to Help
Recently From Our Blog
Should I Waive My Home Inspection in a Competitive Market?
Sarasota Makes Time Magazine ‘World’s Greatest Places of 2021’ List