Below is an interesting article from Bradenton.com 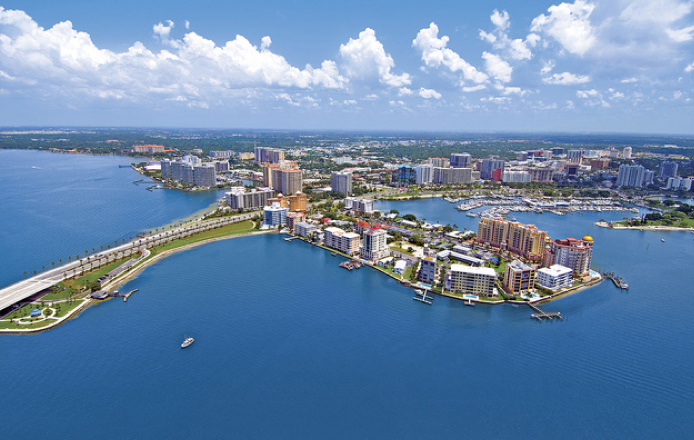 Drawn both by beaches and expansive estates located in exclusive golf communities, some of the wealthiest homebuyers in the world have made Sarasota and Manatee counties a destination real estate market.

In the 2014 edition of its "Luxury Defined" white paper, Christie's International Real Estate lists Sarasota among 10 small communities in the world that draw a high percentage of "high net worth individuals" to buy high-priced homes.

With homes priced at $1 million or higher making up 8 percent of the residential real estate market in 2013, Sarasota joined exclusive "jewel box" enclaves with populations under 150,000 including Jackson Hole, Wyo., Monaco and Martha's Vineyard as an out-of-the-way place for the wealthy to take up residence.

But high-end home sales have hardly been confined to the so-called "Paradise City." Multimillion-dollar properties on Longboat Key, Anna Maria Island and in the exclusive East Manatee golf community The Concession have the rich and sometimes famous venturing well beyond Bird Key and St. Armand Circle.

In 2014, 59 home sales over $1 million have been registered in Manatee County through June, the same number as last year. Sarasota County has seen 218 sales in the same price range, up 21 percent from the same period in 2013, according to real estate statistics company Trendgraphix.

The highest price paid for a single residential property in Sarasota County this year was $10.25 million for a Siesta Key estate. The biggest deal in the county in 2013 was $10 million. Manatee County's top transaction so far in 2014 is $3.25 million for a waterfront home on Anna Maria Island. The most paid for a home in the county in 2013 was $6.8 million.

So who's buying? Late last year, fashion designer Michael Kors paid $6 million for gulf-side acreage on the Manatee portion of Longboat Key. Also on the Key, celebrity plastic surgeon Pamela Lipkin sold her home for $3.25 million to Paul Karon, the chairman of the U.S. branch of London reinsurer Aon Benfield.

Inland, PGA golfer J.B. Holmes bought a Concession home for $2.05 million in May, while Pittsburgh Pirate Charlie Morton purchased a lot in the same neighborhood.

These sorts of sales are becoming more common and are drawing buyers who are willing to spend big money. Mark Bruce, director of sales at The Concession, said the 1,232-acre development notched 32 closings and 34 sales in the first 20 weeks of the year, surpassing totals from 2013. Thirty-five percent of those sales were to buyers moving to the area.

The entry point to the neighborhood is in the low-$200,000 price range for an empty lot, but the homes can be much pricier. A 17,700-square-foot home on Lindrick Lane is currently on the market for $16.5 million. Deborah Angelo O'Mara, a Realtor with the Lakewood Ranch office of Michael Saunders & Company, said the community appeals for its one-acre, estate-sized lots, and because it is a place where a homebuyer who has the money can buy or build a distinctive home.

O'Mara has sold several multimillion-dollar homes in The Concession and expects to close on two more in the coming months. She said some of the sales are coming from buyers who could not find homes or lots available in the nearby Lake Club or on the islands. At the same time, she said, big properties at The Concession have their own cache.

"They just do look stately. This is what we're hearing from clients and prospective clients," she said.

On Anna Maria, developers have been finding a little room to bring new high-end inventory on the market even as existing inventory sells for record prices. Last December, a buyer paid $2.62 million for a 3,200-square-foot Gulf Drive condominium, the highest price ever paid for a condo on the island.

In January, five partners purchased 15 near-contiguous, undeveloped lots on Villa Rosa Way in the city of Anna Maria. Now under development under the name Angler's Cove, the neighborhood is expected to be built into an enclave of homes priced upwards of $1.5 million each.

The city's only empty subdivision, Angler's Cove failed to sell when another developer put it on the market during the housing crisis. Now, says J.B. Baldwin, one of the partners in the development, new construction on the island is highly coveted.

"There's a lot of demand for new product on the island and not a lot of product out there," he has said.

Sarasota wasn't the only Florida housing market singled out by the Christie's report. Miami was ranked as the ninth best-performing $1 million-plus housing market in the world. London placed first in the ranking.