Sarasota gets nod from USA Today 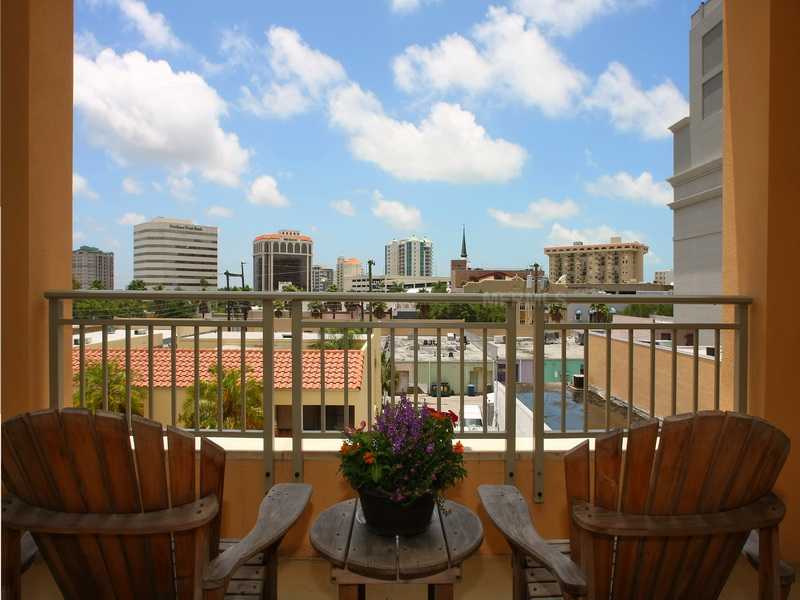 TopRetirements.com founder John Brady says in the article that Sarasota has "an urban downtown but many walkable neighborhoods close by. There is lots happening, and it is possibly the cultural capital of Florida. And great beaches and keys nearby."

Baby Boomers are rediscovering the city as they prepare to retire.

They are shedding the big homes and even the cars in search of communities where they can walk to restaurants, stores and social events.

"The Baby Boomers have kind of lived the suburban life," says John Brady, founder of the website TopRetirements.com. "They were chained to their jobs, held down by children. They had to live where the good schools were and where there were recreation opportunities for their children.

"Retirement is like a second chance on life," he says. "They are asking, 'What do I want from life?' It's not living in the 'burbs." Boomers want to be able to go to plays and movies, Brady says, and they are uniquely positioned to take advantage of what cities have to offer.

There are many other reasons Boomers are being drawn back to metro areas, says Annette Fuller, managing editor of Where to Retire magazine.

"The appeal of relocating to a metro area lies in the abundance of part-time jobs these cities offer, as well as big-city amenities, like cool ethnic restaurants and great shows," she says.

"These areas also have universities, meaning sports to love and classes to take — both excellent ways to assimilate." And, she says, many larger universities have Osher Lifelong Learning Institute chapters, which organize classes and day trips for retirees.

Amy Levner, Livable Communities Lead with the AARP in Washington, says retirees and pre-retirees are looking for the same thing as Millennials — places that are walkable, and will allow them to drive less.

The stories are anecdotal, but Levner says the Baby Boomer group is so large, that even a small percentage is still a big number. And real estate agents around the country have noticed the trend for a while. Some are even helping to drive it — they themselves have made the move from suburbs to cities.

• "Probably a third to half of buyers we have coming into the market are either retirees or empty nesters preparing to retire," says Keith Head, branch manager of Park Cities Uptown (Dallas) office of Coldwell Banker."Previously it was young professionals moving to Dallas. Now we're seeing a lot more retirees.

Head, 57, left his home in the suburbs to move into the city. "I was really worried if I could adjust," he says. "It took me about a month to realize I could wake up on Saturday morning and have no to-do list."

• Ben Coleman, broker-owner at Century 21 Hartford Properties in San Francisco, is also seeing more retirees and pre-retirees looking to move back into the city, including himself. He sold his home in Pacifica, Calif., and moved into a condominium in San Francisco. "Once all the kids were gone why would I need a five-bedroom house?" Coleman asks.

"Two flights of stairs may not be the most functional thing."

• "Moving into a high-rise is so much more attractive for retirees," says Alicia Trevino of Century 21 Alicia Trevino Realtors in Dallas. "There's 24-hour concierge service and dry cleaning delivery." Her friends all tell the same story, she says. They sold their businesses, and they don't have any worries. Why wouldn't they live this kind of lifestyle?

Some great cities for retirees:

Older cities such as New York, Boston, Philadelphia and Pittsburgh are quite accessible, Brady says. "Even Denver. You can live in a neighborhood and do all the things without getting in a car."

Another good city for Boomer retirees: Sarasota, Fla., says Brady. "It has an urban downtown but many walk-able neighborhoods close by. There is lots happening, and it is possibly the cultural capital of Florida. And great beaches and keys nearby."

Other favorites: "Washington, D.C., is a great place to retire if you can afford it," Brady says. "St. Petersburg is a bit more relaxed but coming on. In Boulder, Denver, Portland and Seattle, Boomers can live downtown, enjoy the restaurants and neighborhoods and find a lot to do without being tied to their cars."

Areas in and around the Baltimore Inner Harbor, especially Harbor East, are attracting Boomers — both renters and buyers, says Dean Cottrill, president of Coldwell Banker Residential Brokerage in Baltimore. World-class hospitals, such as John Hopkins, sports and theater, as well as the proximity to other major cities are also a draw.

Still, there are drawbacks to moving back to the city. First and foremost, housing costs — whether you're renting or buying — can be very high. Take the Dallas luxury rental market, for example, says Trevino. "For a two-bedroom, two-bath apartment you will pay $4,000 to $7,000. One bedroom, one bath, will start at $1,700."

"Affordability can be a problem," says AARP's Levner. "I worry that people are assuming that they can move, and will find out that they can't.

"There will be some fortunate people who can afford it," she says. "But people need to be realistic. Is there enough housing that is available and inexpensive? That is the big X factor."

Another potential problem ... it is the city, after all.

"For retirees, the downside of living in a metro area is traffic and the desire to escape the masses of humanity," Fuller says.

"The first question they ask me is how hard is it to adjust to a smaller space," says Head. "The first thing you have to get though is getting rid of all your belongings. You don't need as much."

He says one of the biggest negatives is that you can no longer pull into your driveway and take your groceries in.

"But buying and living in a condo downtown or in a hub neighborhood can mean putting the car aside and walking," Fuller said. "Not only will their feet get them from point A to point B, they also will get exercise," she said. "You experience a city in a whole different way when you walk it."

The 10 most populous cities (in order) in Where to Retire's fifth edition of "America's 100 Best Places to Retire":

The Most Expensive Homes in Sarasota