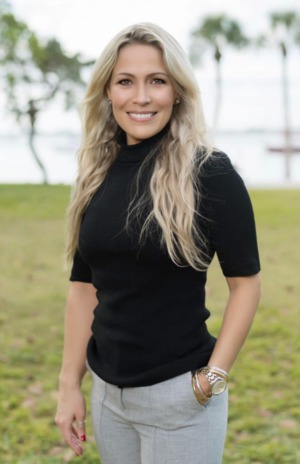 Raised in a German family, Ana was born in Belo Horizonte, Brazil. Her academic accolades include studying law for two years in Rio de Janeiro and a Bachelor's Degree in Business from Pitagoras University in Belo Horizonte. She is fluent in English, Portuguese and Spanish.

In 2005, Ana moved to the United States and ultimately moved to Orlando, Florida in 2015 where she obtained her Florida real estate license. She began working for one of the largest timeshare firms in Orlando. In 2018, Ana moved to Sarasota, where she began her residential real estate career. She focuses her sales on Sarasota, Lakewood Ranch, Bradenton and the barrier islands.

Ana's most proud accomplishment is being mom to her two children Bruna and Gabriel. When she isn't working Ana spend time with her children and enjoys the activities that the Florida lifestyle offers.